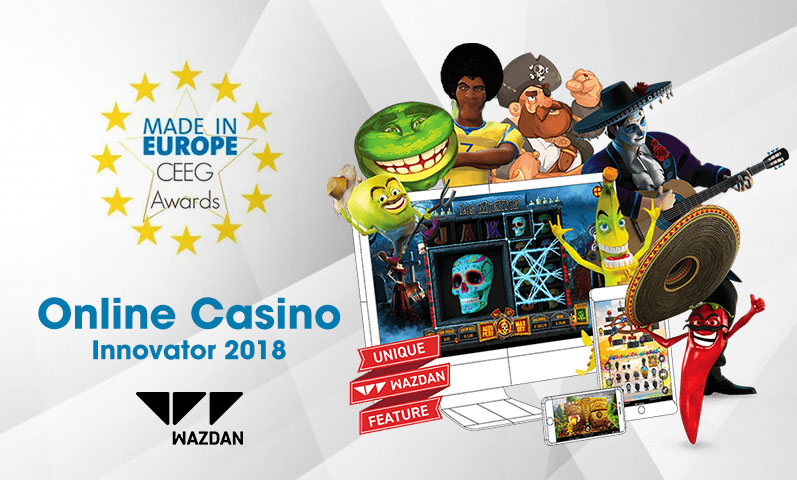 Last September 25, Wazdan won as Online Casino Innovator 2018 at the Central and Eastern Europe Gaming Conference (CEEG), beating NetEnt and other key players in the industry.  The grand event took place at The Ritz-Carlton in Budapest, Hungary and judged the nominees according to their company growth and improvement.

In its official Twitter account, Wazdan tweeted, “We are delighted to announce that Wazdan has won the CEEG Award for Online Casino Innovator 2018!”

We are delighted to announce that Wazdan has won the CEEG Award for Online Casino Innovator 2018! #Wazdan #PassionForGames #CEEGC2018 #CEEGAwards pic.twitter.com/AoNCH1bTQ0

The game provider considered it as a big win especially since it was able to beat strong rivals NetEnt, Tom Horn Gaming, Iforium, and BetConstruct. Wazdan proved itself worthy of the title as it has been offering new titles each month with advanced game functions and better in-game features.

“As a company we’re very proud to win this CEEG Award, and to be recognised in this way for our role as an innovation leader. Behind every achievement, award or milestone reached there is a team of dedicated individuals who work endlessly towards achieving that goal. I’d like to thank our team for their dedication, great work and constant motivation. This one’s for you!”

Some of the new features that players can expect from Wazdan’s titles are Double Screen Mode, Energy Saving mode, and Unique Gamble feature. The company is also working on new features which will be demonstrated at SiGMA next month.

The provider launched a great collection of slots this year such as Sizzling 777 Deluxe, Magic Stars 3, and Spectrum. Wazdan is also set to release more games by the end of the year, including Black Hawk Deluxe, Los Muertos, and Hot 777 Deluxe, as it already sealed ties with other software developers including Videoslots, EveryMatrix, and SlotMillions.