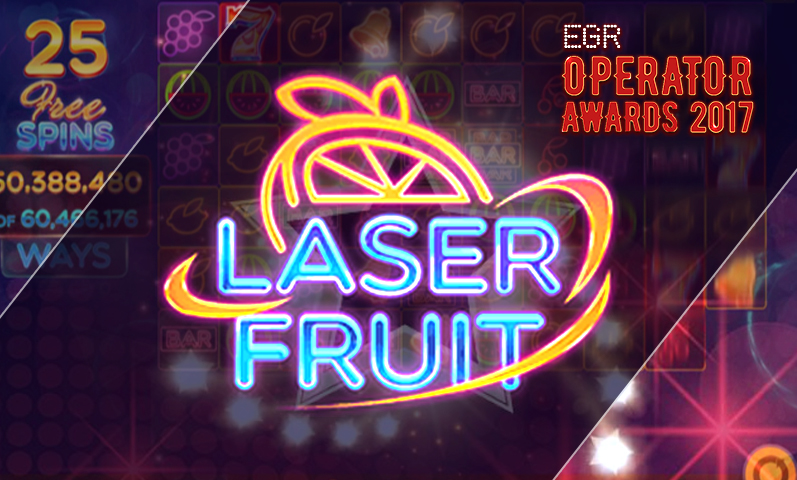 The EGR Operator Awards 2018 recently released a shortlist of nominees for awards in different categories relevant to casino gaming and sports betting. Among the awards to be given is Game of the Year for which Red Tiger Gaming’s Laser Fruit slot is shortlisted.

The Red Tiger title features a neon-themed 5×3-grid slot that, by default,  gives players 243 ways to win. But as the game progresses, the players can have as many as 60 million ways to create winning matches of symbols on the grid.

Laser Fruit created a buzz in the iGaming industry when it was released last April. This is because of the game’s feature that can expand the slot’s size and consequently increase the players’ ways to win. The maximum size the game can reach is 10×6. So from 243, the players’ number of ways to form winning combinations goes up to 60,466,176. 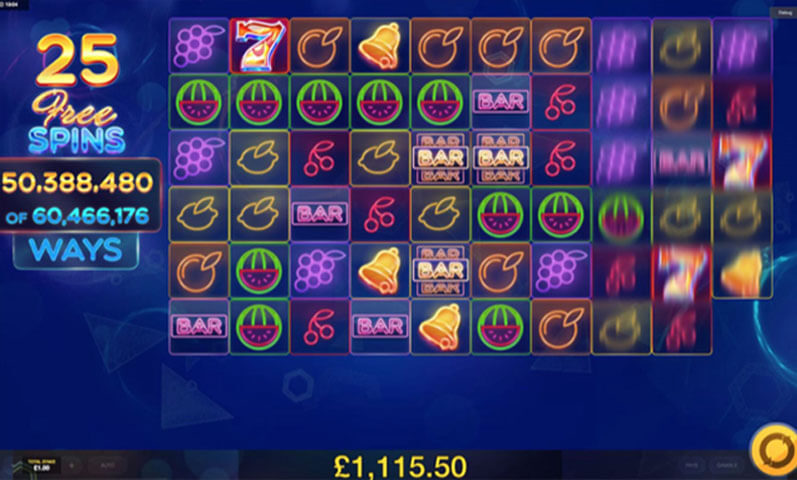 The expanding slot feature is triggered randomly. At any point of the game, blue lasers grace the reels to make the slot size expand either to the right or upward.

Players also have the chance to win up to 50 free spins in Laser Fruit. To win free spins, players must land at least three Scatters on the reels. The Wheel of Fortune will then appear to let the players determine the number of free spins they will receive. When the free spins mode is on, expanded reels lock in place to help players form more matches. The slot will revert to its original size when the last free spin ends.

Red Tiger Gaming tweeted, “Wow! Laser Fruit has been shortlisted for Game of the Year in the #EGROperatorAwards 2018. Congrats to all the other nominees. We’re looking forward to the ceremony!” The operator even invites players to check out the game, especially its “60 million ways to win” feature.

Wow! Laser Fruit has been shortlisted for Game of the Year in the #EGROperatorAwards 2018. Congrats to all the other nominees. We're looking forward to the ceremony! With over 60 millions ways to win, check out what makes Laser Fruit so special here: https://t.co/XTC6bvUDKp pic.twitter.com/4pNIkv55BI

The millions of ways to win provided to the players plus the Laser Fruit’s other in-game features made the title one of the most-played slots today in online casino. It will not be a surprise to the players of the game if EGR hails it as the Game of the Year.

| Related: Red Tiger Counts down for the Launch of Its Two-Way Paying Slot

The EGR Operator Awards is said to be one of the most awaited awarding ceremonies in the iGaming sector. One of its talked about awards is the Game of the Year award.

Last year, ELK Studios took home the Game of the Year award with its slot entitled Wild Toro. This year, many titles are battling it out for the prestigious award.

Other than the Game of the Year, EGR also has awards for other categories such as the Affiliate of the Year, Operator of the Year, Rising Star, and Casino Operator. This year’s EGR Operator Awards is happening on October 25 at the Grosvenor House Hotel, London.

| Related: NetEnt Makes Players Relive the World of Jumanji in Its Newest Slot