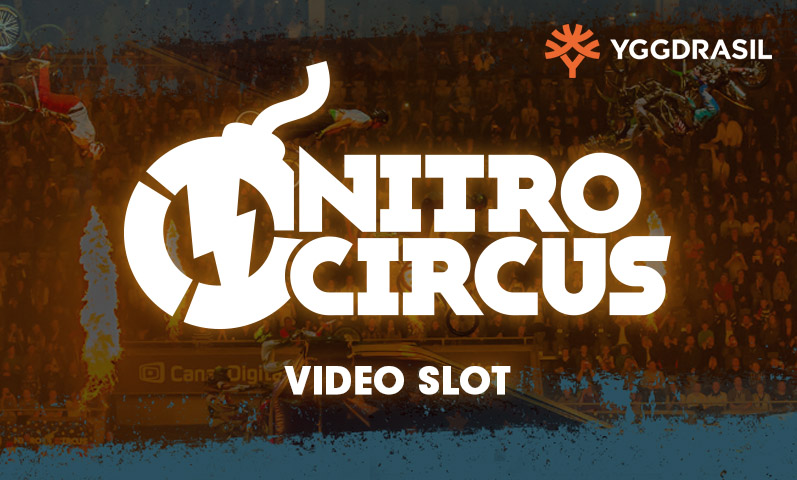 Yggdrasil Gaming and Nitro Circus sealed a partnership deal to develop a sports-themed online video slot. This game, to be called Nitro Circus slot, is coming to Yggdrasil’s partner casinos on November 23, 2018.

The launch of the game will coincide with Nitro Circus’ You Got This Tour taking place in Europe and other parts of the world from November 20 to December 9.

Yggdrasil is known in the gaming industry for its slots like Beauty and the Beast, Vikings Go Berzerk, and Chibeasties. In partnership with Nitro Circus, the game provider is set to release its first-ever branded game.

“Yggdrasil would not take the leap into the branded games space without the perfect partner, and we’ve found just that with Nitro Circus. Travis and Nitro Circus have a reputation for revolutionising their field; you only need to attend a show or watch their original content to see they are unparalleled in their excellence. This slot will introduce Nitro Circus fans to the thrills of online casino, and similarly bring the high-octane action of the arena to casino players. It will be a fantastic way for operators to acquire new customers.”

Elmqvist sees the collaboration between the two brands as a way for both companies to target a wider demographic. Nitro Circus, on the other hand, views the new slot game as a step into the world of online gaming and as a marketing boost to the brand’s You Got This Tour that will commence later this year.

“We are proud to be partnering with Yggdrasil, the leading creative force in their field, in the first ever Nitro Circus slot game. We are working closely with the Yggdrasil team and are looking forward to unveiling a game that delivers all the excitement our fans have come to expect from Nitro Circus.”

Although there are no full details yet on what features the slot game will present, Edwards tells slot players that their high expectations will be met.  He even teased that Nitro Circus’ popular athletes will grace the reels, including stuntman Travis Pastrana, co-founder of Nitro Circus.

Nitro Circus slot by Yggdrasil is still in the making, but news about it has been making rounds online ever since May 2018 when the partnership was made official. With many players waiting for the launch, Yggdrasil’s partner casinos are looking to eventually add the slot title to their game libraries once it is released.