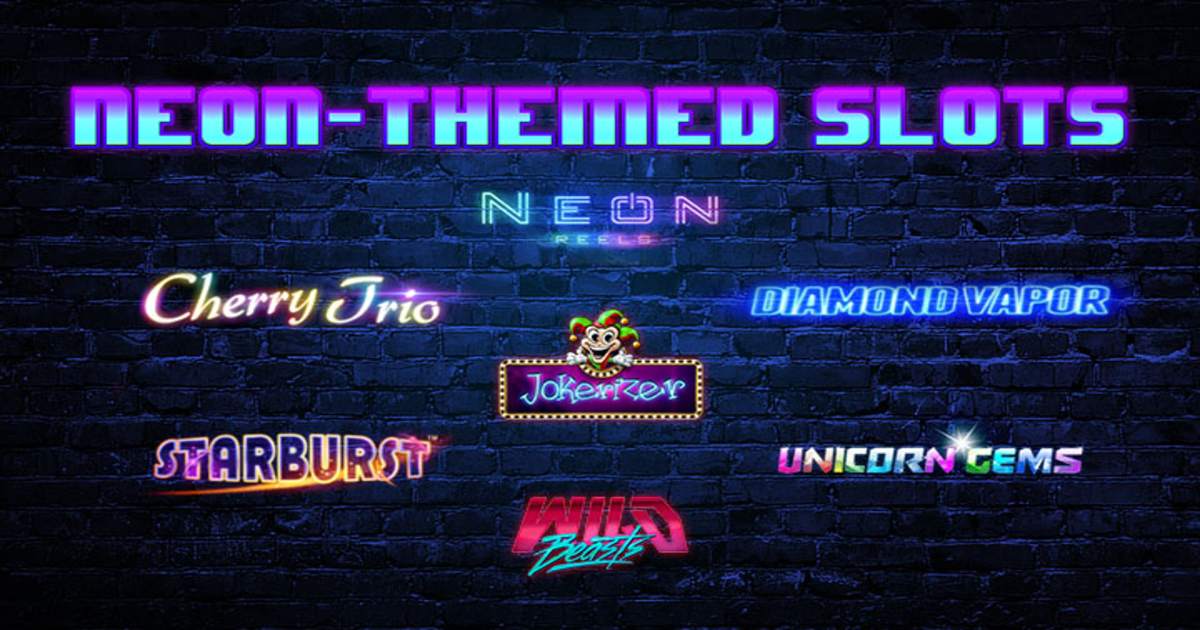 The use of neon lights was popular during the 1980s. People would often use these lights as signs to catch the attention of other individuals. Now, the trend is being revived by fashion experts and make-up artists, believing that neon has never really gone out of style.

Even slot providers joined the bandwagon and started offering neon-themed titles. These games have strikingly bright lights over a dark backdrop with 3D animations and loud background music. Here are seven of the most-played neon-themed slots by renowned game providers.

Neon Reels is a slot that will catch the attention of players with its transparent reels that highlight the glowing neon icons. The title is set in a dark background with strobe lights. It has 3D graphics that complement the colorful motif. It also features an upbeat background music that will encourage players to spin.

Neon Reels offers free spins, frozen reels, multipliers, and a progressive jackpot. Players will find that the game has straightforward gameplay that allows them to adjust their wagers between 0.01 and 25 coins.

With five reels and 10 paylines, the game has an expanding Wild that appears on the second, third, and fourth reels. Players can win three re-spins through the Wild icon. When all the features are activated, the player can win the 50,000-coin jackpot.

The unique theme and features made Starburst as one of the most popular games in the online casino gaming community. It was even one of the titles that gained the top spot in iGaming Tracker rankings in 2017.

In its official Twitter account, NetEnt tweeted, “Starburst has topped the iGaming Tracker casino slot rankings in August, for the fifth month running!”

With the popularity of Starburst slot, NetEnt decided to release a mini version of the game.

“The original Starburst video slot has proved a huge success, and now players in different product lines and verticals can also access and play a lighter version of this popular Net Entertainment classic with Starburst MiniTM.”

Both versions of Starburst have neon graphics, in-game bonuses, and high payouts. The only difference is that the mini is mobile compatible unlike its original version.

“Cherry Trio is a fantastic addition to our growing portfolio. A classic five-line mechanical slot with some modern twists, the game offers the best of both worlds. We have added ‘old-school’ symbols – the traditional Bars, 7’s and Wilds along with an exciting Respin feature, which will keep players engaged for longer.”

Players can adjust their wager between 0.01 and 50 coins. There is also an Auto Bet feature that lets the reels spin automatically up to 100 times.

Diamond Vapor by Endorphina is not only a neon-themed slot, but it is also the first slot based on vaping. The title uses flashing colors and 3D animation on its icons. Alongside these, the party music in the background can give players the feel of being in a vape bar. 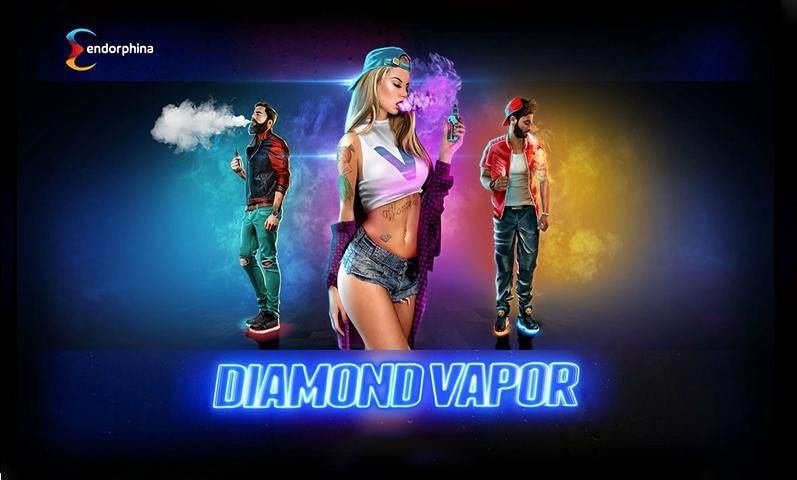 The creative team of Endorphina said:

“This unique slot will amaze you not only with chic colors, sleek design, and pleasant sounds but also with real prizes to win.”

The slot provides several bonuses. Players can activate free games from the Scatter icon, or they can opt for the Gamble feature to double their wins. Other features such as Auto Play and Turbo are available in-game as well.

Yggdrasil’s Jokerizer slot takes place in an old carnival where players can win up to 6,000 coins through the neon-colored icons. The title uses the typical fruit symbols in vibrant colors. It has 10 paylines that pay both ways. Players can adjust their bets from one to 20 coins per spin.

“With Jokerizer, they (Yggdrasil) have brought the right balance between recognition using iconic slots symbols and innovation with the playing style, in order to take our slots market to the next level.”

Another neon game set in the outer space is Unicorn Gems. This MrSlotty title features a huge unicorn made of gems with different kinds of shiny diamonds as the game icons. 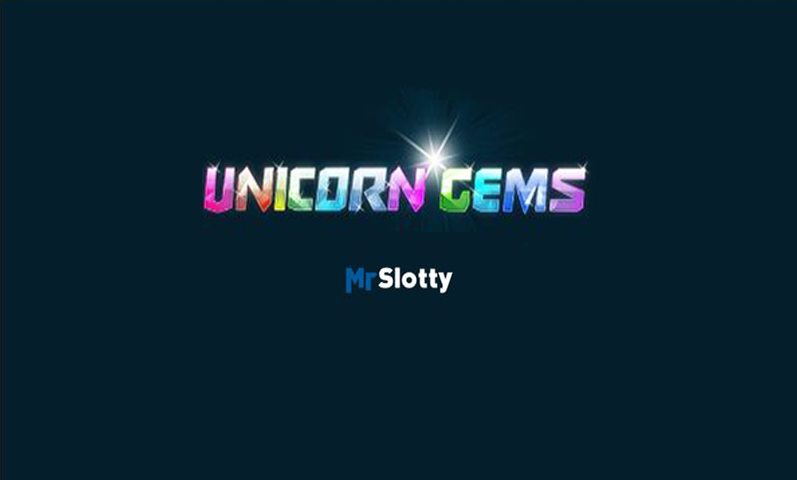 The 5×3-grid slot offers Wilds and high-paying gem symbols. Five Wild icons can reward players with 2,000 coins. The Free Spins icon, on the other hand, can give gamers up to 10 free spins. Players can customize their game sessions by setting their bet between 0.25 and 25 coins.

Players will experience an explosion of colors in Playtech’s Wild Beats slot. The title uses neon colors as the background of each icon. Inspired by hiphop, the game has a funky background music that complements the dance vibe produced with each spin.

Wild Beats is a 5×4-grid slot with 25 fixed paylines. Bets can be adjusted from 0.25 to 10 coins. There is Special Wild symbol in-game that can reward players up to 5,000 coins. The game also has the Dance It Out! Feature for additional rewards.

Unlike other slot themes, neon-themed titles attract the attention of players with their flashy colors, 3D graphics, and upbeat music. Add the in-game bonuses and high payouts available on each game, and neon-themed slots will remain a trend in the slot gaming industry.