5 Slots That Will Give Players the Halloween Vibes

Home » News » 5 Slots That Will Give Players the Halloween Vibes

Hallows’ Evening, most commonly known as Halloween, is a special day when people around the globe take time to celebrate the dead. This occasion happens on October 31 during which the community is divided into two groups: those who visit the graves of their dead loved ones and those who attend costume parties or go trick-or-treating. 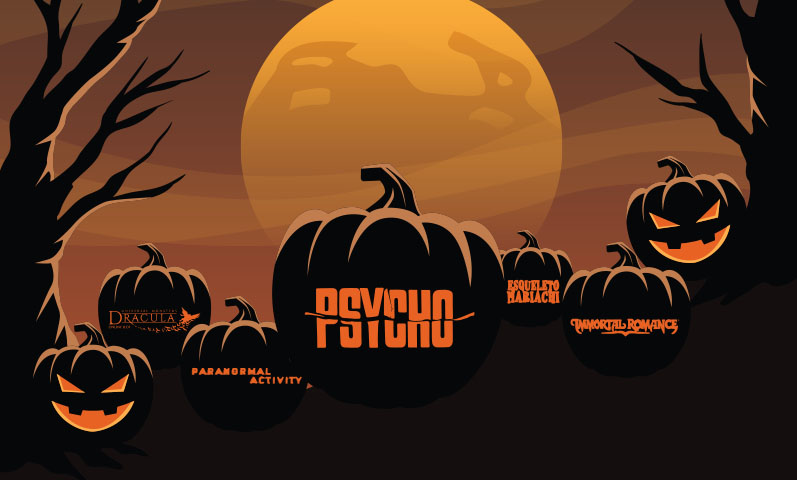 Those who are part of the latter group will fill their houses with scary-looking pumpkins, spider webs, vampire paintings, and other creepy decors. There are some who take too much time choosing their costumes as well.  Even game-makers join the fun by introducing Halloween-themed slots. Here are five recommended reel-spinning games that that will make players feel the Halloween vibes bigtime.

Dracula became one of the most popular horror story characters after the 1897 book of the same name was released. Since then, there have been various depictions of this monster. One of these versions was made by Universal Studios. The film was so popular that people started wearing Dracula costumes every Halloween.

Net Entertainment, along with Universal Studios, then decided to develop a 5×4-grid slot named after the famous horror flick, Dracula.

“Our collaboration with Universal Partnerships & Licensing has produced another truly standout slots game with tons of excitement. The new Bat feature, in particular, showcases Net Ent’s commitment to innovation, and I’m without a doubt that players will love this gothic slot.”

The vampire-themed game brings entertainment to users by showing short clips of Dracula and his lover. Players will be left with no choice but to continue spinning the reels for them to know what will happen next.

The slot is overflowing with free spins. Once the Bat feature is activated, players can earn free spins and have a chance to bring home the jackpot prize of 80,000 coins.

Red Tiger Gaming highlights the celebration of the Day of the Dead in its 5×4 slot named Esqueleto Mariachi. The game showcases one of Mexico’s most colorful holidays through tombstones, skeletons, and flowers.

This slot enables players to set their wagers between 0.20 and 200 coins. It has 40 fixed paylines with a 96% return-to-player percentage. Players will find various bonuses in this title as well. There are Mariachi features in which three band players appear to give players Wilds and a Nudge feature. When all these bonuses are activated, players have a chance to win 500,000 coins.

Microgaming mixes romance and vampires in Immortal Romance slot. This title revolves around a love story between a human and a vampire, much like the popular book and movie series, Twilight. Players will join the slot’s characters Amber, Troy, Sarah, and Michael as they uncover the truth by spinning the reels.

Immortal Romance brags its different features including the Wild Desire feature and Chamber of Spins. These features can give players up to 3,645,000 coins. The hype brought by this vampire-themed slot even pushed Microgaming to release the Immortal Romance bingo game. Both the slot and bingo versions of Immortal Romance are accessible on desktop and mobile devices.

Based on the 1960 horror movie Psycho by Universal Studios, NextGen Gaming’s Psycho slot is a game with three rows and five reels carrying symbols representing major elements of the film. The game has an RTP of 95.57% and 25 fixed paylines. Players have the option to set their bet from 0.25 up to 62.50 coins.

“Psycho’s infamous scenes married with NextGen’s proven premium, repeat play slots expertise will make for a chilling winter blockbuster title. Psycho will initially be available to our NYX OGS partners and ultimately to the wider industry through our global network.”

Players will see the popular black-and-white shower scene when they load the game. Other than the scary graphics and background music, the slot has Psycho Wilds and free games that can give players a chance to win 2,500 times their bet. Other features available are free spins and Scatters.

Players seeking a good mixture of scary effects and various bonuses will be interested in Paranormal Activity slot. This iSoftBet title is based on the 2007 suspense movie of the same name. iSoftBet did a great job incorporating the important elements of the movie such as the ghosts, scary scenes, and the CCTV camera backdrop.

“Branded games drive player popularity, as it gives fans a chance to interact with their favorite franchises in the form of a slot machine.”

In terms of bonuses, Paranormal Activity has Paranormal Spins, Demon Spins, Possessed Spins, and Instant Wins. These in-game features can give players multipliers, extra Wilds, and a bonus wheel. The game can also reward players with 120,000 coins.

These slots will not only give players a good scare but also an opportunity to win coins just by spinning the reels. With scary effects, thrilling music, and rewarding bonuses, these titles are the some of the best Bitcoin slots to play on Halloween and even on an ordinary day.