Hunting Treasures slot by Spinomenal offers you rewarding in-game features such as bonus games and multipliers. You can even win its 100,000-coin jackpot.

If you are a fan of deep sea diving, you may like to play Hunting Treasures. Spinomenal takes you on another adventure in this Bitcoin slot—this time in the deep waters of the ocean. Get your diving equipment ready as you join treasure hunters on their hunt for sunken ships and underwater riches.

Spinomenal brings out the majestic creatures of the ocean in this slot. Lose yourself in the vast waters of the sea, and what you will find may surprise you. You may even come across hidden treasures that can reward you with free spins, multipliers, and Wilds. Discover more reasons to play the game in this review. 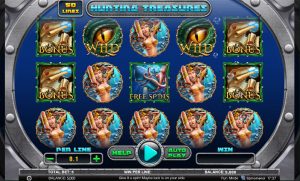 The theme of Hunting Treasures is not exactly an innovation as Spinomenal has quite a few ocean-themed games such as Atlantic Treasures and Precious Treasures. However, the game provider made sure to make this online slot more attractive to appeal to more players.

The cerulean scheme of Hunting Treasures, complete with symbols depicting mermaids, krakens, and shipwrecks, give you a taste of what is under the sea. You will like the modern animations complementing the game’s high-quality design.

What makes the game stand out from other video slots is instead of having steady symbols on the reels, Hunting Treasure’s symbols appear to be dancing to the soft waves of the water. On top of that, different types of small fish glide all through the porthole of a submarine.

Adding to the game’s underwater theme are the symbols which are reminiscent of majestic components of the ocean. There are images of a great octopus and a shipwreck with skulls filled with gold coins.

The music of Hunting Treasures sets the tone of what you can expect when you are below sea level. Eerie-sounding background music—complete with muffled sounds of waves—adds to the mystery of the great unknown. However, the playful sound the game makes when you score a winning combination is in contrast with the somber mood of this online slot. 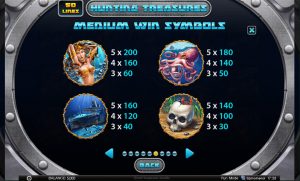 Hunting Treasures is set on a 5×3 grid with 50 paylines that pay from left to right. Before you can dive deeper into the ocean, you need to place a bet first. You can start the game with a bet of 0.5 coins and go as high up to 500 coins, depending on your playing style.

The different sea-themed symbols in the game come with different values. There are icons such as Sunken Ships, Skulls, and Octopus. Watch out for the Mermaid symbol as it is the highest-paying symbol which can reward you at least 200 coins when it creates a five-of-a-kind combination.

The low-paying symbols in the game are the playing card values 10, J, Q, K, and A. These are the coral orange-colored shells with different types of sea plants attached to them. In addition, the game offers an Autoplay feature that you can use when you get tired of manually clicking the Spin button. This feature automatically deactivates when you run out of credit, but you can also manually disable it by pressing the stop button. 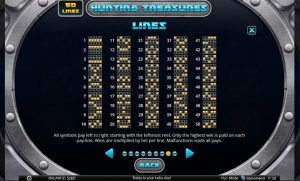 Playing Hunting Treasures comes with tons of special features and slot bonuses resulting to big wins. Here are some that may interest you:

The Kraken icon taking hold of a ship is the Free Spins symbol. You can trigger the Free Spins feature when three or more Kraken icons appear on the reels. As a result, you will be rewarded with a 5x multiplier as well as 10 free spins.

More than that, you can retrigger the Free Spins feature depending on your wins. During the Re-Spin mode, a new row will appear on top of the reels. In the event that you score a winning combination on the added row, you have the chance to re-trigger the feature again and receive another re-spin.

An image of a map and compass inside a ship acts as the Bonus symbol. You can activate the Bonus game feature when three or more Bonus symbols appear on the reels. In this feature, you are to explore the ocean using a compass and a treasure map.

You will be taken to a coral reef filled with different types of underwater plants and creatures. The reef holds secret treasures on the four locations available. Click on the four glowing objects that you will see to win extra prizes.

Meanwhile, the symbol of a sea creature’s eye is the Wild symbol. The Wild substitutes for any symbol except for the Free Spins and Bonus icons. The Wild can help you trigger the Extra Wilds feature. This feature can award up to 12 Wild symbols during a base game spin—ultimately resulting to bigger payouts.

Small bubbles appear randomly on the reels as you spin. These bubbles contain x2, x3, x4, or x5 multipliers that the game applies to the round’s winnings.

Hunting Treasures will amaze you with its rewarding bonus features. Each spin can give you multipliers, Wilds, and free spins. You can even win more prizes in the bonus game. Continue spinning to bring home these exciting gifts.

Other Slots by Spinomenal 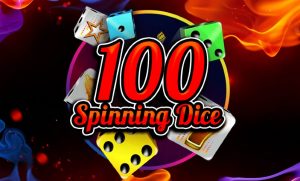 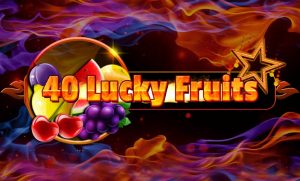 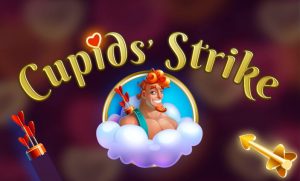 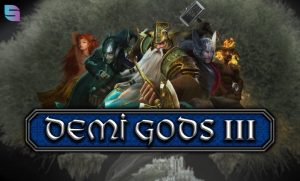 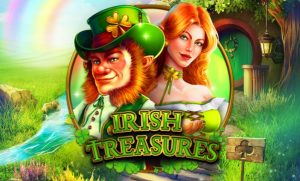 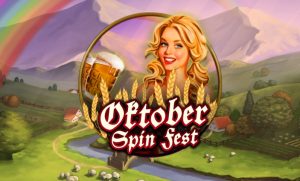 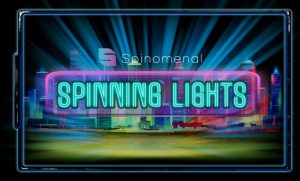 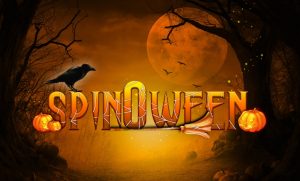 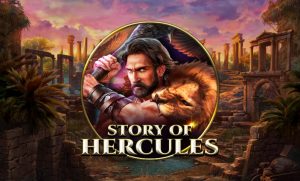 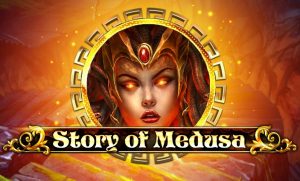 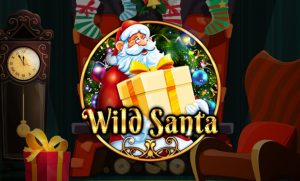 Should You Play Hunting Treasures Slot?

Hunting Treasures comes with a beautiful gaming interface, complete with impressive graphics. The fluid animations of the reels appearing to be dancing will definitely make the game stand out among rival ocean-themed Bitcoin slots.

The game is also packed with a handful of interesting bonuses and features such as Extra Wilds and Re-Spin that you can use to further increase your winnings. As a slot with a medium-high variance, the game gives you the chance to win up to 100,000 coins in one spin.

Overall, Spinomenal’s Hunting Treasures slot is a visually-pleasing slot with stunning rewards. You can definitely get your money’s worth with this Bitcoin slot because of its design and features. And with the bonuses that the game highlights, you have a great potential of bagging huge payouts. Should you play the game? Definitely yes!